Obesity is a term used to describe body weight that is much greater than what healthy is. If you are obese, you also have a much higher amount of body fat than is healthy or desirable. Once it develops it is difficult to ‘cure’ and usually persists throughout life.

Obesity is distinguished from overweight according to the value of the Body Mass Index (BMI), which can be calculated using the following formula:

After calculating the BMI, this value is compared to standard values of BMI:

Anyone who is more than 45 kg(100 pounds) overweight or who has a BMI greater than or equal to 40 kg/m² is considered morbidly obese.

Obesity and overweight are can be caused by numerous factors:

Nowadays people tend to spend hours in front of TV and computers, doing works or playind videogames, lacking physical activity in their routines. Even at school, physical education is not given the importance that it should have, and without it, it makes more difficult for children to gain the habits of practising any physical activity. Also, with the excuse that it takes more time, people start to rely on cars and transports instead of walking to the job. People who are inactive are more likely to gain weight because they do not burn up the calories that they take in from food and drinks.

Our environment does not support healthy lifestyle habits; in fact, it encourages obesity. Some reasons include -Lack of neighborhood sidewalks and safe places for recreation. Not having area parks, trails, sidewalks, and affordable gyms makes it hard for people to be physically active.

-Oversized food portions. Eating large portions means too much energy in. Over time, this will cause weight gain if it isn't balanced with physical activity

-Lack of access to healthy food and food advertising.

Overweight and obesity are conditions that tend to run in families. Children adopt the habits of their parents. A child who has overweight parents who eat high-calorie foods and are inactive will likely become overweight too.

Obesity may be caused by hormone problems such as:

Polycystic ovarian syndrome - have reproductive problems and other health issues due to high levels of hormones called androgens).

The state of spirit con make someone eat more or less. Even though it depends on someone's personality, being bored, angry, stressed or sad usually causes people to it more, and frequently, not healthy food.

Some people gain weight when they stop smoking. Nicotine was proved to raise the rate at which your body burns calories.

As people get older, they tend to lose muscle, which in turn slows down the rate at which the body burns calories, especially if you're less active.

Certain drugs, even the ones prescribed, may cause you to gain weight as a side effect. These medicines include some corticosteroids, antidepressants, and seizure medicines. These medicines can slow the rate at which your body burns calories, increase your appetite, or cause your body to hold on to extra water.

Being obese or overweight can have great impact in someone's social and personal life. 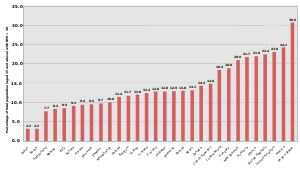 People that are overweight may have great difficulty in buying clothes and fitting into seats on planes, including extra costs in requiring tailor-made clothes and double seats when travelling. They also have difficulty in getting or keeping a job, in which they are accepted but in which they also feel comfortable. Overweight children might be ridiculed at school and have to face many psychological effects of obesity, and teenagers might feel hesitant to socialize with other people as most people during this age are very self-conscious and might think bad about their weight.

As well as detrimental effect on the individual, obesity places a financial burden on society as a whole. There is a huge cost to the economy from obesity-related ill-health, premature retirement, unemployment, premature death, benefit payments, productivity and loss of working days.

A person who is obese will show difficulty in sleeping, feeling tired frequently and sweating a lot, have back and joint pain and low resistance when practising any type of physical activity.

The health care provider will perform a physical exam and ask questions about medical history, eating habits, exercise routine. Some of the tests include measurement of skin fold to check your body fat percentage, blood tests to look for thyroid or endocrine problems, which could lead to weight gain.

Treatment and its goals[edit | edit source] 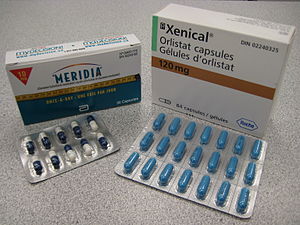 Treatment for obesity may include one or a combination of the following possibilities:

1. Laparoscopic gastric banding - is a procedure in which the surgeon places a band around the upper part of your stomach, which helps you limit how much food you eat by making you feel full after eating small amounts.

2. Gastric bypass surgery - is a procedure that makes the stomach smaller and allows food to bypass part of the small intestine. You will feel full more quickly than when your stomach was its original size.

The treatment tries to prevent further weight gain, weight loss to achieve a realistic, target BMI and to maintain a lower body weight.

Weight loss is proved to increase three to four months for every kilogram of weight loss. After losing weight a person feels fit, mentally more active and more confident.

Obesity is a significant health threat. The extra weight puts added stress on all parts of your body, which may cause medical problems, in case of untreated obesity: