Introduction
Gamma rays are a form of electromagnetic radiation that cannot be seen or felt which have the smallest wavelengths and greatest energy on the electromagnetic spectrum (right above x rays on the electromagnetic spectrum) with wavelengths shorter than 0.1 A0. They are usually produced in extremely high temperatures or solar flares. When used in medicine, it can be produced in labs either by nuclear collision or artificial radioactivity. The cyclotron and synchrotron are two devices used to produce the high energy nuclei required for the collisions. Gamma rays kill living organisms in a process called irradiation, which can be very harmful when used for any purpose other than medicine.

The fact that gamma rays kill any living organism is an advantage to the medical field, especially the field of oncology. High doses of gamma rays can kill cancerous cells in a process called radiation therapy (lower doses could lead to cells becoming cancerous). The process of radiation therapy kills the DNA of cancerous cells, preventing growth or division with the use of a machine called an accelerator or radioactive sources placed inside the patient. The main focus of the radiation oncologist is to target the dose of radiation to the cancer as much as possible to avoid side effects. Side effects depend on the area of treatment. Gamma rays are also used for sterilization of medical equipment. Gamma rays easily pass through the packaging of medical equipment (can only be stopped by thick lead) and kill living tissue such as viruses and bacteria.

Gamma rays can be produced by several processes that are both nuclear and non-nuclear. The usual and most common way by which gamma rays arise is a process called gamma decay. This process usually occurs after other types of decay, namely alpha or beta, have occurred. This is the process most commonly used in the field of medicine. Another way by which gamma rays are produced is during the natural phenomena called terrestrial thunderstorms.  During thunderstorms, high intensity static electric fields accelerate electrons, and as a result gamma rays are produced by the ‘Bremsstrahlung’ method when the electrons are slowed down by atoms in the atmosphere during collision.

Gamma rays are widely used in medicine and specifically in the area of oncology to treat malignant and cancerous tumors during a process called gamma knife surgery. In this type of treatment, concentrated beams of gamma rays are directed at tumors in order to kill cancerous cells. These high energy rays ionize water in the cancerous cell, producing H and OH free radicals. The free radicals are highly reactive and therefore interact and damage chromosomes in the cell. Some of the radiation directed at the tumor interacts and directly damages chromosomes without the use of free radicals.

Gamma rays are also used for imaging techniques in nuclear medicine for diagnostic purposes, for example in the use of “PET Scan” and ‘Gamma Cameras’. 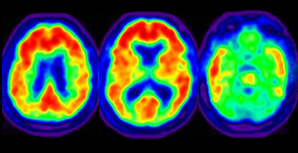 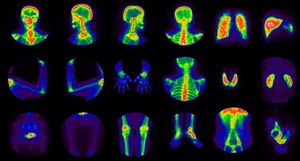 There are many side effects attributed to the use of gamma rays for treatment of cancers. These side effects are classified according to the region in the body that is affected

Scientists are continuously working on new ways to spare healthy cells and narrow the concentration of the ionizing beams on cancerous cells. The use of gamma rays in medicine continues to be the primary method of treatment in the field of oncology. It is therefore continuously advancing technologically and new methods of treatment with gamma rays are being developed at a rapid rate.