Autosomal dominant inheritance in pedigree and experiment, examples of traits in man 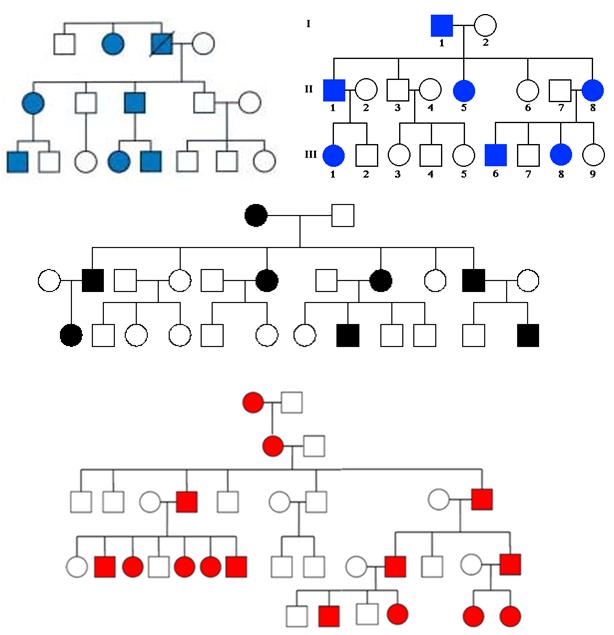 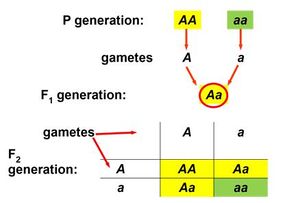 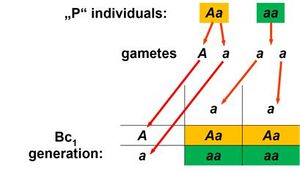 In experimental procedure, pure lines (e.g. inbred strains) are chosen based on difference in a trait (purple vs. white flowers, yellow vs. green seeds, coloured vs. albino fur). Parental generation pairs are formed combining one individual from one and an individual from the other line. They are crossed for obtaining F1 hybrids. By intercrossing the F1 individuals the F2 generation is obtained, where phenotypes are segregating in ratio 3 to one (dominant vs. recessive form of the trait). These 3/4 are corresponding to phenotype of F1 hybrids – the F1 generation express the dominant form of the trait as well.

In a general population with uniform (wild) phenotype, an individual with an exceptional (newly appearing) form of the phenotype can be tested by hybridization experiment, too, if he/she/it express the dominant or recessive form of the trait. If this new, different form of a trait is dominant, then this hybridization test (crossing with anyone individual with normal, common, wild phenotype in the population) represents de facto a backcross repeatedly resulting in phenotypic ratio 1 to 1.